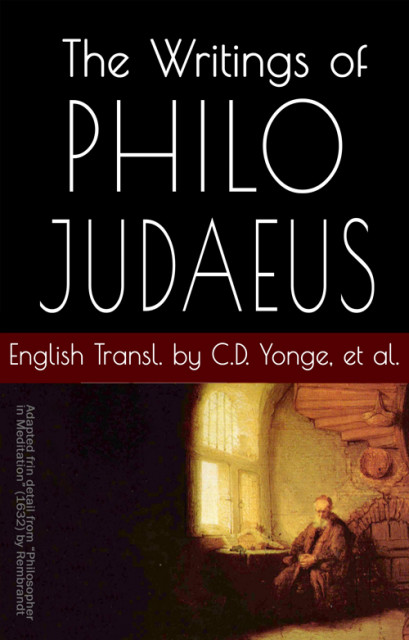 The Writings of Philo – When you want to go deeper!

Philo Judaeus, also known as Philo of Alexandria, was a Jewish philosopher/rabbi of the first century and a contemporary of both Jesus and Paul. Philo attempts to explain the Law of Moses and Judaism to educated Greeks, emphasizing the common ground between Moses and Plato and other Greek philosophers. He provides a wealth of information on ancient exegesis of the biblical text as well as historical and cultural background unavailable anywhere else.

Philo's writings are particularly relevant to understanding the Pauline Epistles. His works include a lengthy allegorical commentary on Genesis and a detailed explanation of the Ten Commandments, the sacrificial system, and the festivals of the Jews. It also gives an historical account of the Jewish crisis involving Gaius (Caligula), in which Philo himself took a leading role.

This deluxe edition is designed especially to take advantage of the features inherent in Adobe Acrobat, including two-column large-print format, bookmarked index, buttons for going backward and forward through the text, and hyperlinks for all of the numerous footnotes. All 3,003 pages are searchable, which makes it easy to locate what you're wanting to study.

This edition also features five, full-color illustrations: medieval portrait of Philo, Alexandria's place in the Roman empire, city plan of ancient Alexandria, the Pharos lighthouse (one of the Seven Wonders of the ancient world), and Alexandria, birthplace of the Septuagint (which also includes information and an artist's conception of the famous Alexandrian library).

This edition features the English translation of C. D. Yonge, originally published from 1855 to 1894. It includes his original preface and all of his Greek and Latin quotations (Greek transliterated).

You will not find an easier to read edition of Yonge's translation of Philo anywhere, on or off the web.